For those of you who have an HDTV and a bundle of media that’s sitting on your laptop or computer (that you haven’t been able to play on your HDTV or simply you decided to hook up HDMI cable everytime you wanted to stream something going back and forth between your computer and the sofa), here’s a couple HD Media Players you can get to ease your HDTV experience.

Of course, my best bet is that you actually get a media PC such as the ASUS EB1501 but if you don’t need to turn your HDTV into a full-featured computer, try the following HD Media Players on the market and save a couple hundred bucks. 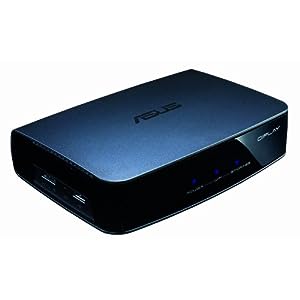 ASUS O!Play Air – Wireless N TV HD Media Player is probably one of the best out there, notably for its ability to stream videos from your computer harddrives via Wireless N or even wired ethernet.  (If you don’t need WiFi, try the regular ASUS O!Play, same thing without WiFi.)

On top of all the network connectivity goodies, the ASUS O!Play Air supports SD cards and even has USB slots to connect any of your USB external harddrives so you can plug and play.

The only negatives about this device (I think) is that there’s no support for YouTube but there’s about 100 international channels you can currently watch (with more being added).

The device supports full 1080P HD, which I like and also is very competitively priced at $129.99. 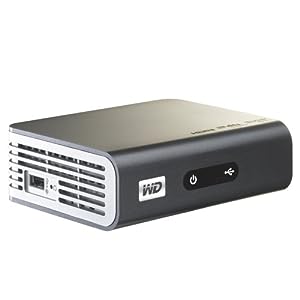 The Western Digital WD TV is another viable full 1080P HD option for those of you who want to stream videos from your computer and other devices on the network. This device boasts ability to play back YouTube, Flickr, and Live365. The only downfall is that there’s no WiFi support but you can easily get USB WiFi Dongle (such as Buffalo Dongle for $29.99) to give it some “wings”. At the price of $109.99, the Western Digital is not a bad deal at all.

The above two ASUS and Western Digital HD Media Players are probably the best on the market today. (I will update this post as new ones come out.)

Also, if you are not really looking to stream from your computer to your HDTV but you want the opposite, there’s a gadget for that too, try the SlingMedia PRO HD which allows to stream your HDTV content to multiple devices including computers and even smartphones.   Also, there’s a slimmer model called SlingMedia Slingbox SOLO for those of you who don’t need to go all out.

And lastly, you should know that Google and companies like Sony/Samsung are working on the new GoogleTV, which should allow you to do all the above and perhaps access the internet using Google’s cloud services.  This probably won’t be coming until middle of 2011 but keep your eyes open.

UPDATE (12/17/2010): Also check out Mvix Ultio Pro, which is probably the best HD Media Player capable of acting as a standalone bittorrent device.