As a biker, I couldn’t resist posting this cool Uno, a uni-cycle that can balance itself. I must have missed it when it first came out but here it is.

The UNO, built by Ben Gulak, is essentially a 120-pound electric unicycle that balances itself with gyros and is capable of reaching 40MPH. The inventor initially began the project himself, but contacted robotics expert Trevor Blackwell later on to help reprogram the ECU. Currently, the vehicle is still in testing stages, but we may see this in stores sooner than later. 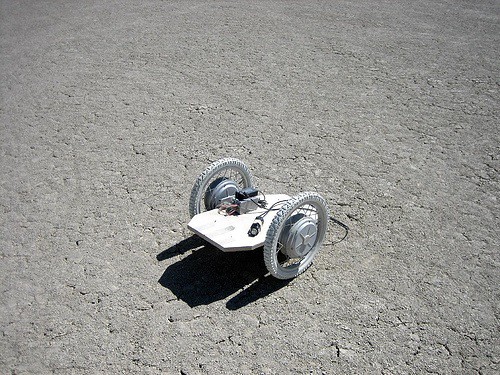 Robot DIY – How to Make a R2-D2 Robot Bar!
Can The Segway Balance Itself As A Platform, Not A Product?

DIY – How to make your own balancing skateboard for exercising